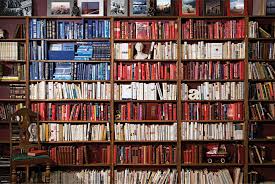 The Things They Carried

by Tim O’Brien
A classic, life-changing meditation on war, memory, imagination, and

the redemptive power of storytelling

Gone With the Wind

Widely considered The Great American Novel, and often remembered for its epic film version, Gone With the Wind explores the depth of human passions with an intensity as bold as its setting in the red hills of Georgia. A superb piece of storytelling, it vividly depicts the drama of the Civil War and Reconstruction.

The Catcher in the Rye
By J.D. Salinger

A controversial novel originally published for adults, it has since become popular with adolescent readers for its themes of teenage angst and alienation.
Wikipedia

To Kill a Mockingbird

By Harper Lee
The unforgettable novel of…